Unlockables:
1/1 Archival Print on Paper  Size: 18x24 signed by all 3 artists
and
​thumb drive of original track by David Starfire.

The Galactic Ambassador originated as an acrylic, casein & oil painting on canvas created by Amanda Sage in 2015.
It began as a live painting at the festival Sonic Bloom during a powerful conjunction of Jupiter and Venus
which is depicted ​triangulating with the Moon.
​
The Galactic Ambassador is a benevolent messenger sent from the stars,
offering resonant support to step into a higher frequency of agape.
She invites us to trust the guidance of our hearts and remember who we are.

In her most recent iteration, the Galactic Ambassador makes her debut as the first NFT collaboration between live visual artist Johnathan Singer, music producer David Starfire and Amanda Sage. All 3 artists have known each other for over a decade, weaving through the international transformational festival scene as headliners in their respective genres.
This debut NFT is being offered as a 1/1 genesis piece on Foundation.

25% of the proceeds will go to supporting the development of the Vision Train project,
a generator for collaborative creative experimentation.
​
5% will be donated to Seed Evolution to support indigenous initiatives planting trees in Colombia and Peru.​ 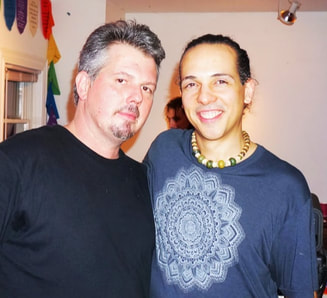 It is the moment of disclosure,
when everyone realizes they are connected to everything.

"When I start a painting I hold a feeling in my heart and allow that to guide my brush.
This celestial juncture of Jupiter and Venus opened the portal for the Ambassador to descend.
This is still just the beginning of her transmission." 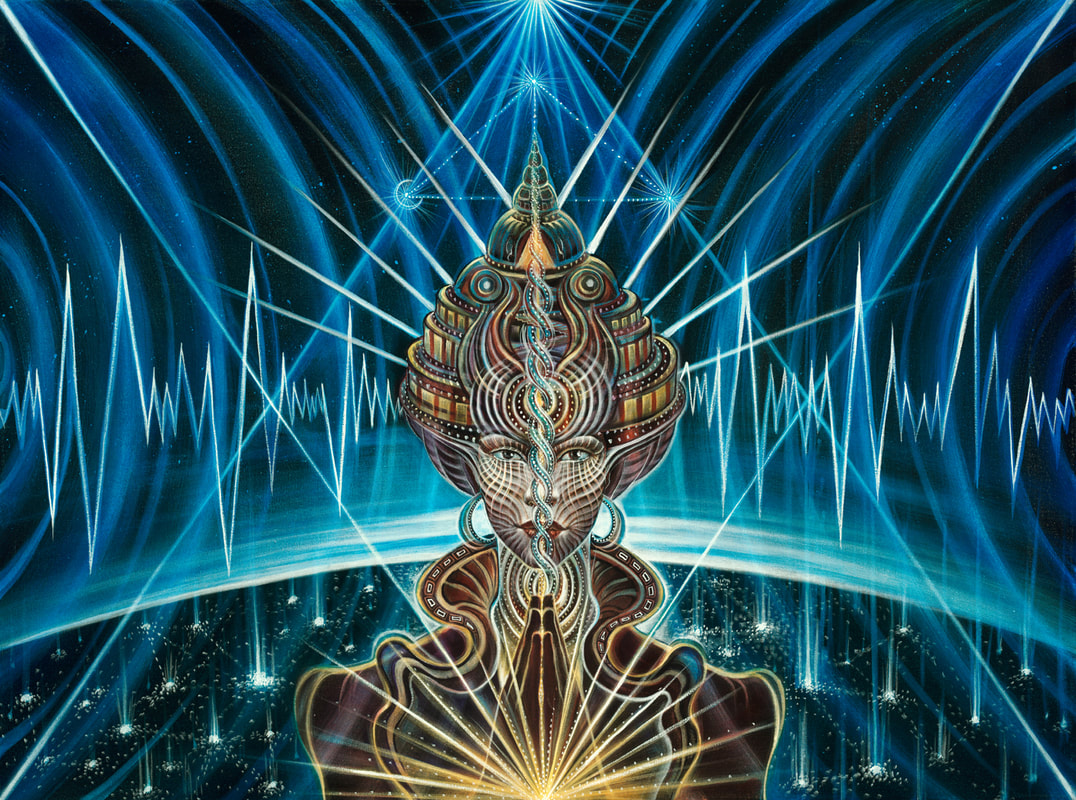 The original has been exhibited in Los Angeles at Peace Yoga Gallery and Bogatá, Colombia in 2018 at the Alex Sastoque Gallery.

Remix and print with Johnathan Singer 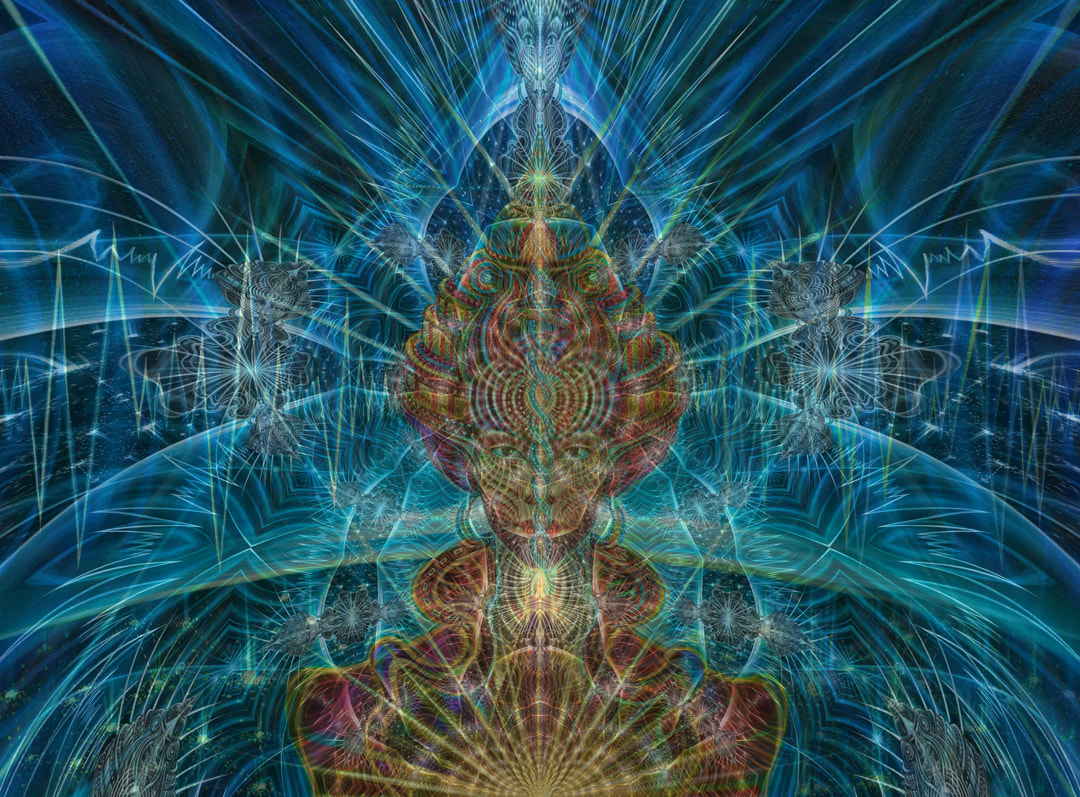 The Galactic Ambassador has been a muse for designer Scatha Allison aka Miss Velvet Cream who creates one of a kind neo-couture fashion. This moment was captured at the Burning Man annual event of the Artumnal at the Bentley Reserve in 2015.
Face Chain by Corrine Loperfideo.
Photo by Will Bucquoy. 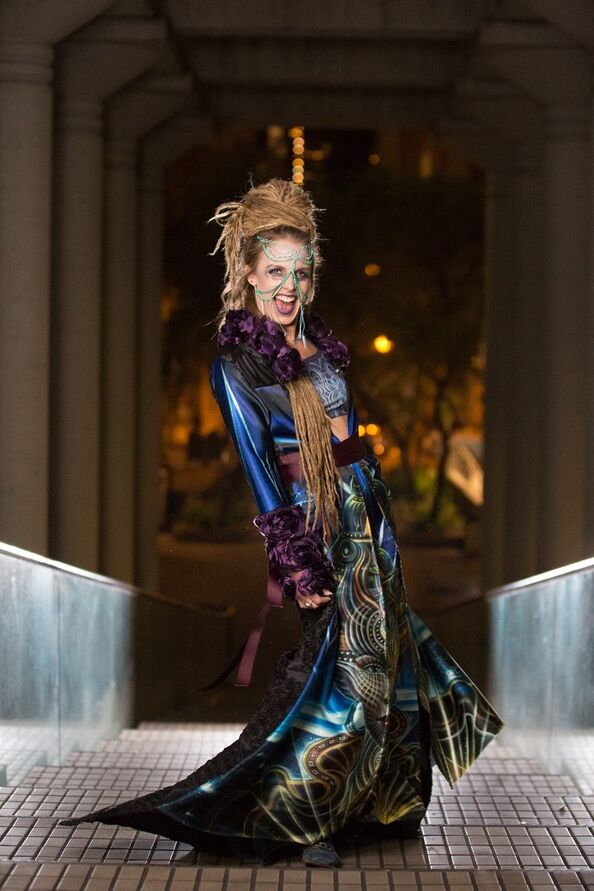 The Galactic Ambassador was the 3rd collection between designer Shabnam Q and Amanda Sage.
We had the honor to work together with a collective of multi-disciplinary creatives to produce and share these threads of activation originating with the core message of agape.

In 2016 the Galactic Ambassador was reproduced as a 30’ dome by the camp Infinite Love for Burning Man.
Returning every year to the playa her benevolent gaze is one of protection, strength and clarity. ​
Everyone in the camp became Galactic Ambassadors that year as they received poncho's and leggings
​as a part of the camps collective representation.